Philips Support
The scale on the outside of the cup allows you to determine the volume of the liquid in the cup. It is possible to fill the cup above this scale. The volume communicated on the packaging is higher. It varies per cup size and could be as high as up to the rim of the cup.
Some examples of the cups and volumes indicated are shown in the image below. 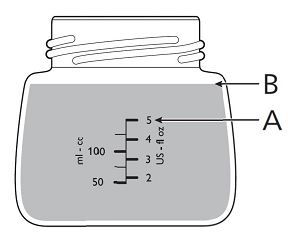 Looking for something else?

Our site can best be viewed with the latest version of Microsoft Edge, Google Chrome or Firefox.